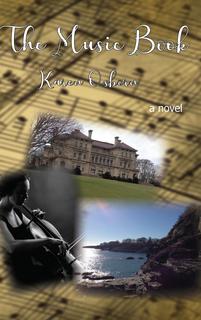 1953 is a time when orchestral groups refused women even the chance of to audition, but then a forward-looking modern music quartet needs a last-minute substitute, accomplished cellist to play a difficult piece composed by their pianist. They hire Irena, the only woman musician at a classical music festival. Years later in the memory unit of a nursing home, Irena recalls her unsettling relationship with the group’s enigmatic composer when she receives the sonata he left her in his will. She relives the four days she spent with him, the difficult aftermath of their affair, and the few other times she saw him during her life. As her mind shuts down, she re-experiences the intense joy she felt performing music and her struggle to enter a male-dominated world. Set against the backdrop of the 1950s when composers like John Cage were revolutionizing classical music, The Music Book celebrates the mystery of music, love, and life itself, alongside a woman’s passionate fight to do the one thing that makes her feel most alive—perform the music she loves.

Praise for The Music Book

“Irena Siesel is determined to succeed as a serious musician and indifferent to the myriad forces blocking her way. But music is a man’s world, and Irena, undefended, endures traumatic experiences which she simply pushes behind her, scarcely acknowledging the psychic pain. The mantra “must never say,” looms large in her life and the raw courage it takes to hold on to that resolve makes Irena both mystifying and admirable. Music alone can save her, and her final triumph is that she knows this. The Music Book is a thoroughly satisfying novel, deeply felt, and richly imagined.”

–Valerie Martin, Author of Property and The Ghost of the Mary Celeste

“A piercing and incandescent portrait of a woman musician for whom the transcendent experience of beauty must be balanced against the demands, compromises, sacrifices, secrets — and rewards — of ordinary life. Part lament, part homage, The Music Book is simply exquisitely rendered. Karen Osborn has captured nothing less than the heartbeat of the world in this soaring, unforgettable novel about love, art, and the power of music to carry one woman from cradle to grave.”

“Karen Osborn writes with precision, confidence, and musicality as fierce as the music played by the talented characters of her novel. The Music Book, taking us into the heart of modern classical music performance, asks serious questions about the nature of its central art form while all the while telling us about human nature too. The story of cellist Irena Siesel and her quest to perform at a time when doors were largely closed to women musicians is beautifully drawn. A rich, compelling read.”

–Elizabeth Poliner, Author of As Close to Us as Breathing

"Osborn writes with incredible polish and subtlety...The result is a meditation on art, aspiration, jealously, and selfishness, all placed against the backdrop of gender and shifting trends in the mid-20th-century classical music scene...A gripping, precisely composed tale about music and those who give their lives to it."

"As beautifully composed as a Debussy etude, The Music Book's notes continue to resonate in your ear long after you've finished the novel."